I have an oral fixation (minds out of the gutter). When I’m writing, or doing any kind of brain work, I need to put something in my mouth. Which has led me to develop some amazing recipes. It’s all too easy to lust-eat crap when I’m in work mode, but what I really need is brain food.

A mermaid’s brew of potassium-and-protein-rich avocado and nut milk, this smoothie is the ultimate snack. It’s deliciousness is inversely proportional to the difficulty of its preparation, meaning maximum yum for minimum effort.

1. Remove the stone from the avocado, and scoop out the flesh using a spoon.
2. Put the avocado flesh, dates, almond milk, cacao, peanut butter and maca in a food processor or blender, and blend until smooth.
3. Scrape down the sides of the food processor or blender. Add the ice cubes, and blend again until silky.
4. Drink. The mixture can be stored in an airtight container in the fridge for a couple of days.

I’m obsessed with coconut cream. Coconut cream is nutritionally sound, packed with fibre, vitamins C and B (1, 3, 5, 6), and minerals selenium, sodium, iron, calcium and magnesium. Everyone harps on about how fatty it is, but turns out, I give no shits. If you’re a PCOS-er, a diet high in good fats (avocado, coconut oil, nuts) is preferable to a low-fat one. There’s a huge difference between nasty saturated fat-laden foods (chips, crisps etc.), and healthy high-fat foods like coconuts, nuts and avocados. The BBC explain this rather well:

“Coconuts contain significant amounts of fat, but unlike other nuts, they provide fat that is mostly in the form of medium chain saturated fatty acids (MCFAs)  in particular, one called lauric acid. Lauric acid is converted in the body into a highly beneficial compound called monolaurin, an antiviral and antibacterial that destroys a wide variety of disease causing organisms. It is therefore now thought that consumption of coconut milk may help protect the body from infections and viruses.”

Last week, whilst developing my recipe for Grasshopper pie (still a work in progress – some alchemical experiments with agar and Irish moss are still needed – am insistent on this one being vegan), I managed to create the baddest ass of chocolate frostings using CC.

I’ve been thinking about it daily since, and although I was tempted to whip up a bowl and eat it with a spoon, I figured I may as well fashion a vessel to carry it. And the Bounty cupcake was born.

ICING
1 x 250ml packet of coconut cream (or leave a can of coconut milk in the freezer overnight, and the cream and milk will separate. Open the can in the morning and scoop out the solid ‘cream’ from one end)
3 tbsp cacao powder (cocoa powder is also fine, as long as it’s pure and sugar-free)
2 tbsp maple syrup / date syrup

1. Place the almonds, dates, vanilla and salt in a food processor and blend until the mixture looks crumbly. It should hold together when pressed.
2. Lay out a piece of clingfilm on the kitchen counter (or on a chopping board). Empty the contents of the food processor onto it. Press and squeeze the mixture until it holds together in a firm ball.
3. Place a second piece of clingfilm on top of the firm ball (snigger). Using a rolling pin, press and roll the mixture out until you can cut six standard mug-sized circles out of it with as little waste as possible. You may need to roll the mixture out, cut a few circles out, ball up the remains and repeat a few times. To cut the circles out, either use a large round cookie cutter, or a drinking mug. Press hard, and lift from the kitchen surface using a knife.
4. Press each circle of cupcake mixture gently into each muffin tin hole so the bottom and sides are completely lined. Repeat six times.
5. Put in the fridge to set whilst making the filling and topping.
6. In a mixing bowl, stir together the coconut flakes, almond flour, liquid sweetener and vanilla protein powder until a tacky mixture forms.
7. Spoon into the lined muffin tins, filling about halfway up in each. Leave a spoonful or two for decorating. Leave to sit on the kitchen counter whilst you make the icing.
8. Put your coconut cream in a mixing bowl, along with the cacao and liquid sweetener. Using your electric whisk, blend until the cream reaches the consistency of whipped cream.
9. Spoon the chocolate cream on top of each cupcake. I personally don’t love huge amounts of icing, so I spoon in the same amount of icing as coconut mixture. If you love icing, feel free to mound it on.
10. Sprinkle the remaining coconut mixture on top of each cupcake. Leave to set in the fridge for an hour. Go HAMS on these bad boys.
(Store in the fridge).

The last few days, I’ve woken up feeling a little sluggish. Which isn’t exactly what you want after 9 hours sleep. So, I’ve upped my intake of miso and seaweed – and I’ve tried to pack as much healthy protein into my diet as possible.

Obviously I’d rather just crawl under the duvet and catch some extra zzzzz’s, but apparently, when you’re a grown-up, you can’t retire to bed whenever you please. Bills need paying. Meals need cooking. Kittens need feeding, etc.

So what to do when one is feeling a little slow? Eat peanut butter protein balls of course! A super healthy, super nutritious pick-me-up – that only takes about 15 minutes to make. That’s 15 short minutes from idea to mouth. Win.

These are really simple, and incredibly tasty. Not only that, but they’ll keep in the fridge (in a sealed container) for about a week, so it you make up a batch on a Monday, you’ll have snacks on hand for when you need a bit of a lift. Best of all? They are made of just dates, almonds, peanuts, maca and raw chocolate!

Maca is incredible – you’ll find it in most health food shops in powdered form, and it smells almost caramel-ey. In addition to tasating delicious, it’s also an amazing stamina-enhancer, an aphrodisiac (score), a mood-leveller (great for hormonal imbalances, menopause, anxiety and depression), and an intense energy-booster.

PROTEIN BALLS
100g dates (pitted)
100g almond flour
3 tbsp chunky peanut butter (NB – peanuts in peanut butter are roasted, so are not raw. If you want to stick to raw, blend up some cashews into a butter and use instead. It will slightly change the flavour but will still be delicious)
1 tsp maca
1 tbsp vanilla essence
1 tbsp date syrup (optional – it creates a stickier, sweeter, juicier dough)
1 tbsp coconut oil, melted (if needed to loosen up the mixture)

1. Place the dates in a food processor and pulse until they reach a fine dice. Add the almond flour and pulse until mixed.
2. Add the peanut butter, maca, vanilla, date syrup and coconut oil (if needed). Pulse until a sticky dough forms (it will look crumbly until you press it together, when it should hold).
3. Roll the mixture into bite-sized balls. Arrange on a tray and put in the fridge to set.
4. Whilst the balls are setting, make your chocolate by melting the coconut oil in a pan over a very low heat. Whisk in the date syrup and cacao powder. Remove from the heat.
5. Take the balls out from the fridge. Dunk them in the chocolate, making sure they’re covered. Place back on the tray. Add any decoration (I belnded up some salted peanuts and sprinkled them on top). Return to the fridge to set.
6. Store in an airtight container.

Crisps. You tricksy, salty devils. You curvy temptresses. You ruiners of resolve. How I love thee…

And hate thee. Because, in spite of your high GI, trans-fat loaded, MSG-riddled bodies, I find it hard to resist you. You taste so good. You appease my oral fixation and need for instant gratification. You’ve hooked me, bodily and psychologically. You’ve gotten under my skin.

Salty, crunchy, light and packed with replenishing nutrients, these easy-to-make, thrifty snacks satisfy all my crisp-lovin’ needs – without ravaging my arteries and wreaking havoc on my blood sugar. They’re also really high in Vitamin E, Vitamin B6 and are a good source of protein. ALL THE WINS.

I love them scattered with a little bit of Himalayan sea salt, but you can use any spices you want on them. For an additional kick, add a little bit of wasabi to the sesame oil before brushing. Try scattering with sesame seeds for some extra crunch.

1. Preheat the oven to 110ºC (fan) or 130ºC (normal).
2. With the sharp scissors, cut the nori into bite-sized pieces (don’t cut them too small).
3. Arrange the nori on the baking sheets, and brush with a little sesame oil. Sprinkle with the sea salt (the salt should stick to the oil).
4. Place the baking trays in the oven, and bake for 15-20 mins, or until slightly crispy.
5. Leave to cool. Eat.
6. Store in an airtight container.

Trips to Ikea are amazing for two reasons: the little wooden pencils – and Mandeltårta, a gluten-free, layered almond tart, slathered with intensely-sweet (delicious) cream topping. Or at least they were amazing – these days, treats crammed with refined sugar and dairy-fats are off the table (so to speak). This weekend, however, the beloved and I have been a little sickly, and therefore craving some comforting snacks. Queue Piglet-kitchen time, and an attempt to Paleo-ify this Scandi classic. The sun has been shining, albeit anaemically, through our garden doors lately, and in a desperate attempt to convince myself that summer is on its way, I decided to stray from the classic marzipan-flavoured sticky topping, and add a coconut-citrus twist.

The tart is made up of two layers of almond cake, and two layers of cream filling. I added an additional (optional) layer of paleo-friendly lemon curd to add a sticky, lemon kick, but to be honest, the almond cakes are so sweet, you don’t really need it.

Be warned – this is a delicate cake to make, and probably not suitable for absolute beginners. Also, even though this is grain-free and paleo-friendly, this is a sweet sweet treat that’s probably best reserved for special occasions (or when you’re having a particularly awful day). Keep your eyes peeled for a simpler, healthier, raw version coming soon.

1. Preheat the oven to 195ºC. Line two springform tins with parchment paper.
2. In a clean bowl, whip the egg whites until stiff peaks form. Separate the mixture into two separate bowls.
3. Gradually add half the ground almonds and coconut sugar to each bowl of egg whites. Mix gently with a metal spoon, being careful not to knock the air out of the egg whites. Pour the batters into the lined springform pans and bake for 20 minutes.
4. Remove the bases from the oven, and allow them to cool in their tins.
5. Make the lemon curd. Place the honey, lemon zest, juice, egg yolks and salt in a saucepan. Place over a medium heat, and whisk to combine. Stir until the mixture has thickened (around 3-4 minutes). Remove from the heat.
6. Strain the lemon curd through a sieve, and whisk in the coconut oil. Allow to cool in the fridge.
7. For the cream topping, put the coconut cream into a chilled bowl with the vanilla essence, lemon juice, lemon zest and sweetener. Use an electric whisk to beat together until stiff peaks form. Gradually stir in the coconut flour, and whisk until thick.
8. Assemble the cake. Put the first base on a plate, and spread over the lemon curd with a palette knife. Top with approximately one third of the cream mixture, making sure it is evenly distributed. Place the second base on top. Use another third of the cream mixture to spread over the top of the cake, and the final third to cover the sides of the cake.
9. Top with slice almonds, lemon zest, redcurrants and passion fruit seeds. Place in the fridge to set for 1-2 hours.
10. Eat. Weep with joy. Repeat. 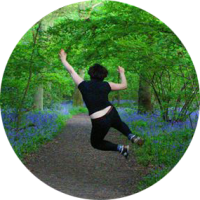